Your cart is currently empty

HOW MUCH PROTEIN DO I NEED IN MY DIET? 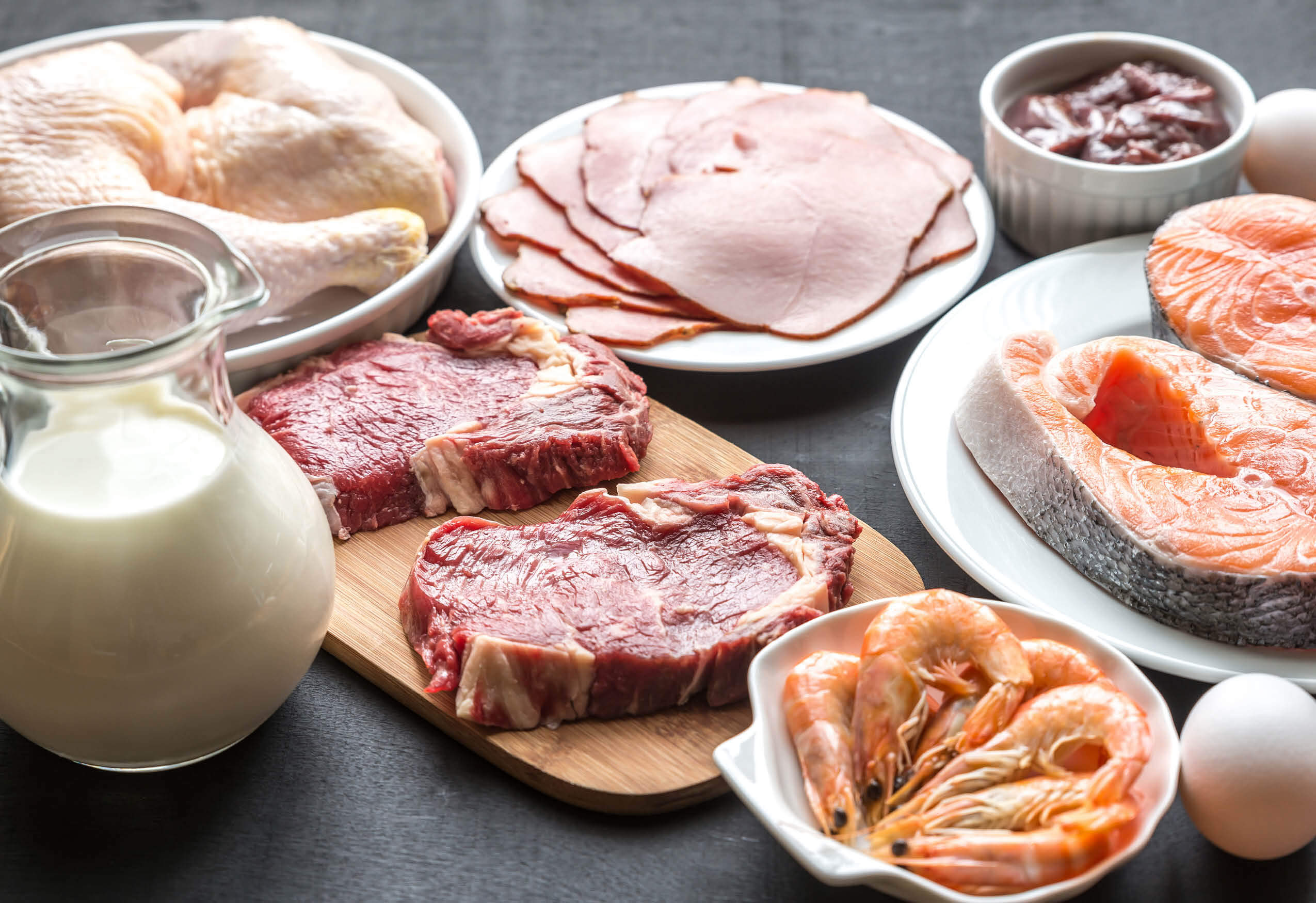 Protein is often referred to as one of the building blocks of life. Protein is one of the three essential macronutrients found in the diet and plays an integral role in the structural component of body tissues such as muscles, and in the normal functioning of cells, enzymes and antibodies. Proteins are made up of long chains of amino acids, which are constantly broken down and resynthesised in a process known as Protein Turnover.

The Role of Protein

Protein plays many important roles in the body and is involved with almost every biological process! Some roles include:

A protein can consist of anywhere between 50 and tens of thousands of amino acids (Better Health Vic 2017)! Amino acids act as precursors for many coenzymes, hormones, nucleic acids and other molecules (NRV 2014). It is well known that there are 20 amino acids needed by humans. Of these 20, nine cannot be made by the body and therefore need to be sourced in the diet; these are called ‘essential’. These essential amino acids include histidine, isoleucine, leucine, methionine, phenylalanine, threonine, tryptophan, valine and lysine. The five non-essential amino acids which the body can create itself include alanine, aspartic acid, glutamic acid, asparagine and tyrosine. The remaining amino acids are classed as ‘conditionally nonessential’ as the body can create them unless under stress such as trauma or illness. The three main ways the body uses amino acids include:

A protein is considered a ‘complete’ source if it contains all nine essential amino acids. These are generally animal proteins such as beef, lamb and chicken. It is important to note that 100g animal product does not yield 100g protein. Animal products contain approximately 30% protein; for example: 100g of beef contains ~30g protein. Plant based proteins generally only contain eight of the essential amino acids and are therefore classed ‘incomplete’ (Better Health Victoria 2017). Incomplete proteins can be coupled together during consumption to form a complete protein, for example, legumes and grains combined make a complete protein. The only plant based sources that we currently know of which contain a complete protein include quinoa, amaranth and soy-based products (Better Health Victoria 2017).

The Metabolism of Protein

Ingestion of protein source > Protein is denatured by acid in the stomach > Gut enzymes break down to smaller peptides > Free amino acids and peptides absorbed into mucosa > Secreted to portal blood where some are taken up  and remainder go into circulation for delivery to, and use by, peripheral tissues (NRV 2014).

How much is recommended per day?

Did you know: 1 gram of protein provides 4 calories / 16 kJ The Australian Recommendations encourage no more than 15-25% of total calories to be from protein. While some athletes may require additional protein secondary to more strenuous workouts, any more than 35% total caloric intake from protein is linked with detrimental effects as discussed further on.    To work out your protein requirements, you can use the below table by simply multiplying the amount of recommended gram by your weight (kg).   Better Health Vic 2017   NOTE: It is important to note that 100g animal product does not yield 100g protein. Animal products contain approximately 30% protein; for example: 100g of beef contains ~30g protein.

The Australian Institute of Sport (AIS) suggest that daily protein intake of <2g/kg in healthy people are unlikely to cause side effects. The long term consequences of consuming >2g/kg are currently unknown.

Is more needed for those who do strenuous exercise?

There is varying research on this topic which makes it difficult to provide a clear answer. In the short, yes, those who exercise more strenuously do require larger amounts of protein, however, the amounts currently consumed by a lot of these individuals can be too high. It is important to understand that it is the stimulation of the muscle through exercise, not protein consumption, which leads to muscle growth (Better Health Vic 2017). The main determinants of an athletes protein requirements are their training regime and habitual nutrient intake (2003).

The AIS confirm that athletes require additional protein to cover energy costs and to assist in the repair and recovery process after exercise. It is interesting to note that while strength athletes may require additional protein in the early stages of very intense resistance exercises, their muscles adapt to the stress and resistance exercise and they therefore only require marginally more protein than generally active people. Below is a table from the AIS outlining the estimated protein requirements for sedentary and athletic individualses.

The major concern with high protein intake (>35% total energy) is that it takes away from fruit, vegetable and healthy fat intakes, which could leave one malnourished. In addition to this, ammonia is a toxic byproduct of protein metabolism which is dangerous to the body in high levels. While ammonia is converted to urea, collected by the kidneys and passed out in the urine, the more protein consumed each day increases the workload placed on the kidneys (AIS 2009, Better Health Vic 2017). The final major concern against high protein intake is calcium losses which may lead to weakened bones or osteoporosis (AIS 2009, Better Health Vic 2017).

In contrast to these concerns, an increased daily protein consumption, as high as 2.0g/kg, may prevent lean mass losses and promote fat loss (Layman 2005, Phillips 2011). In addition, a systematic review provides convincing evidence that a higher protein intake increases thermogenesis and satiety, and decreases subsequent energy intake in comparison to low protein diets (Halton 2004). It is suggested that leucine, and possibly other amino acids, stimulate protein synthesis, and therefore protein intake between 1.3-1.8g/kg consumed over three to four meals will maximise protein synthesis (Phillips 2011). While these results for high protein intake sound promising, the findings have been inconsistent and future research is required (Halton 2004).

In summary, protein is an integral part in one’s diet and plays a major role in protein synthesis and maintenance, hormone production and satiety. While it is confirmed that protein requirements increase for athletes, protein intake should constitute no more than 35% total caloric (or 2g/kg) secondary to effects such as osteoporosis, increased stress on kidneys and decreased intake of other vital nutrients. An individual’s protein requirements are directly related to their physical activity levels and individual requirements. As always, It is encouraged to talk to a qualified health professional, such as a dietitian, to determine what your individual protein requirements are and how to achieve them.   AUTHOR: Kelly Hodges, BNutrDiet – APD